App of the Day – Bable Rising 3D – Android and iOS

If you always thought about playing god, this awesome game maybe will excite you. Babel Rising is available for Android and iOS. If you are playing on an Android Device you can chose between a free version and a version with costs.

In Babel Rising 3D the people of Babylon try to build the Tower of Bable to reach the sky and be near god. The Legend of Bable is one of the stories in the Old Testament and now the idea for a brilliant Android game.
Your job is it to stop the heretical humans with divine powers. You have to choose between different powers of the four elements fire, water, earth and air. If you’re choosing fire you will be able to stop the humans with powerful fireball and meteor showers. 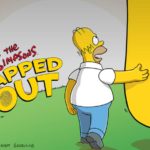